We first woke up at 4 o’clock this morning because the house was shaking and the windows rattling. The 4.4 magnitude earthquake with its epicentre beneath the ocean less than 150 km east of here, was not something I had expected to experience during our stay in Mexico. After living for a year in Japan where the earth moves almost every other week, we’re pretty blasé about such things though and soon went back to sleep.

Later in the morning, we took a 20 minute bus ride into Xalapa (pronounced Halapa), a city of approximately 400 000 people that is the capital city of the Mexican state of Veracruz. Xalapa is also known as a centre of arts and culture.

We enjoyed strolling around the central part of the city including Parque Jaurez, one of the city’s most popular attractions. The park, located next to the provincial government building, is home to an amazing dragon play structure; it’s tongue a two sided slide, its body a climbing wall and its tail a rope climbing apparatus. I could imagine my five grandchildren having a blast playing on it. 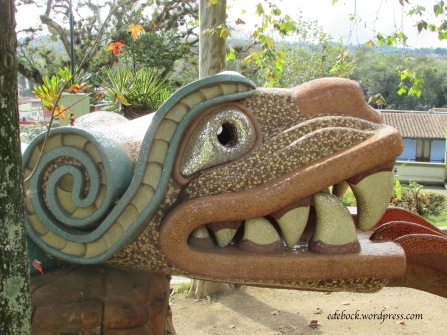 We also enjoyed the Greek inspired statues of the four muses, especially this one!

Across the street from the government building stands the impressive Xalapa cathedral, beautiful both inside and out.

As we walked the nearby streets stopping into a few little shops, we joked that this one must be part of the empire owned by the newly elected president of a certain country to the north! 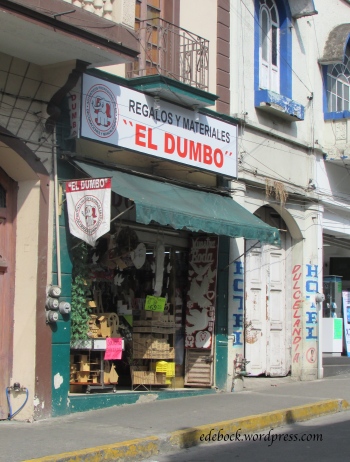 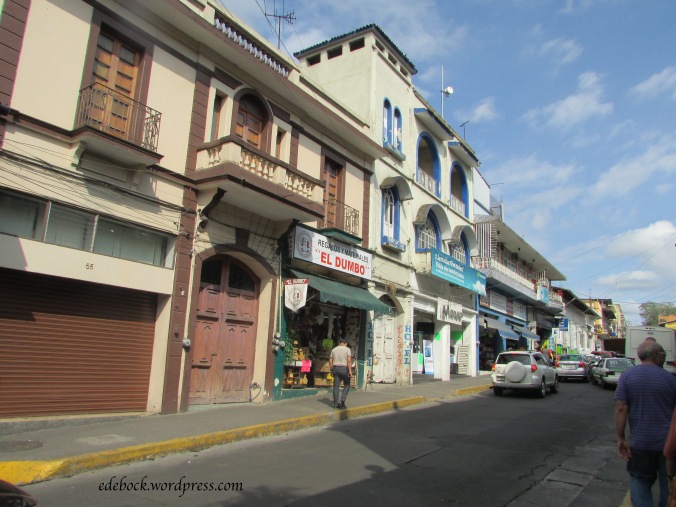 Clearly it was a fun filled morning! After a fabulous lunch in one of Xalapa’s finest restaurants, we returned to Coatepec but we’ll be back in Xalapa on Friday evening to hear the city’s symphony orchestra in concert. 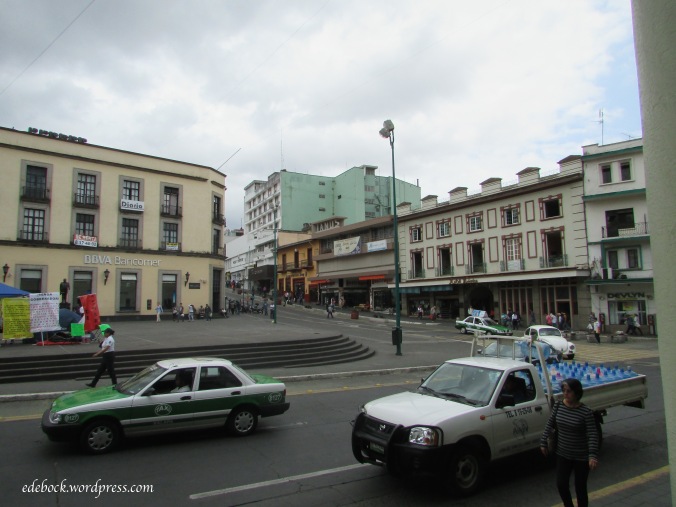