According to the weather forecast it was supposed to be overcast and rainy in Coatepec today, but when we awoke to another gloriously sunny day we decided to make the 30 km trek into the foothills to Jalcomulco. We flagged down a taxi around the corner from Richard M and Colleen’s place and when they asked him where we needed to go to catch the bus to Jalcomulco, he told us he’d take all four of us there for a total of 120 pesos (about $7.50 CAD), only a couple of dollars more than it would cost us to go by bus. Perfecto! The sights along the way were worth the trip. 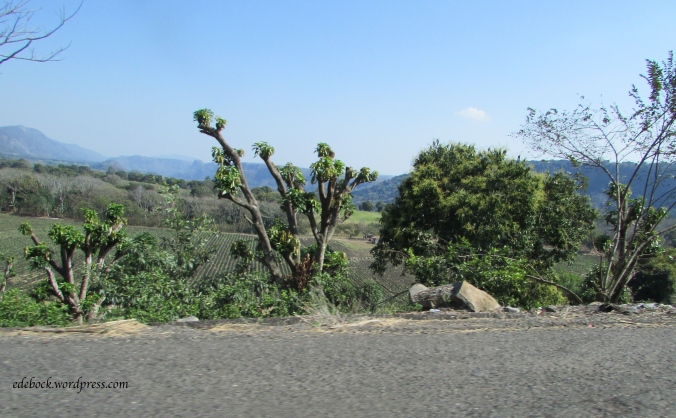 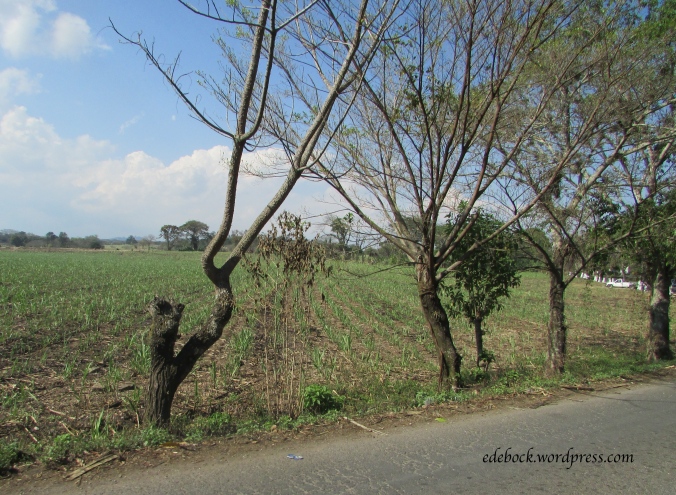 Jalcomulco is a centre of outdoor adventure and ecotourism. Whitewater rafting on La Antigua River which runs through town is particularly popular. We thought it might be very touristy, but it wasn’t at all. Jalcomulco is a charming colonial town, much smaller and quieter, but similar in appearance to Coatepec. 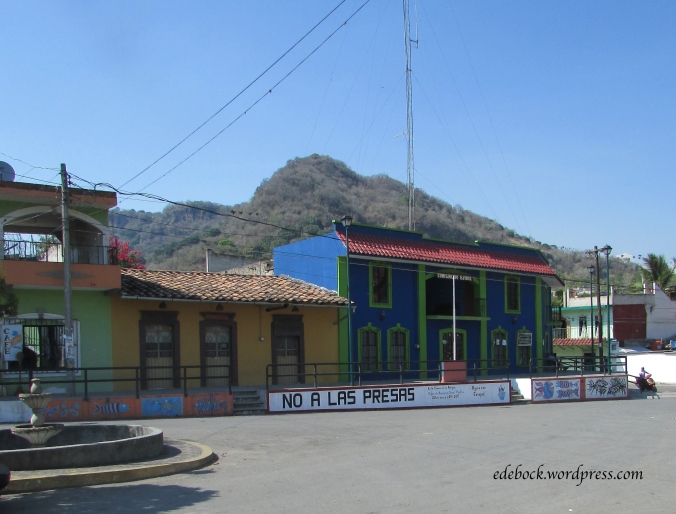 We crossed a rickety suspension bridge and enjoyed a delicious lunch on an outdoor patio overlooking the river. 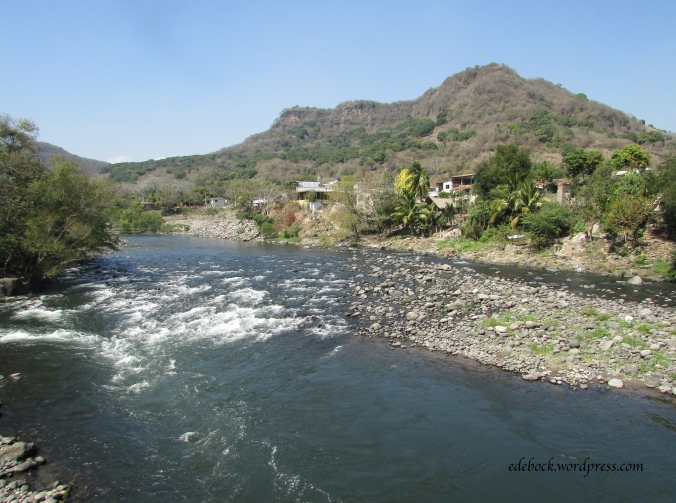 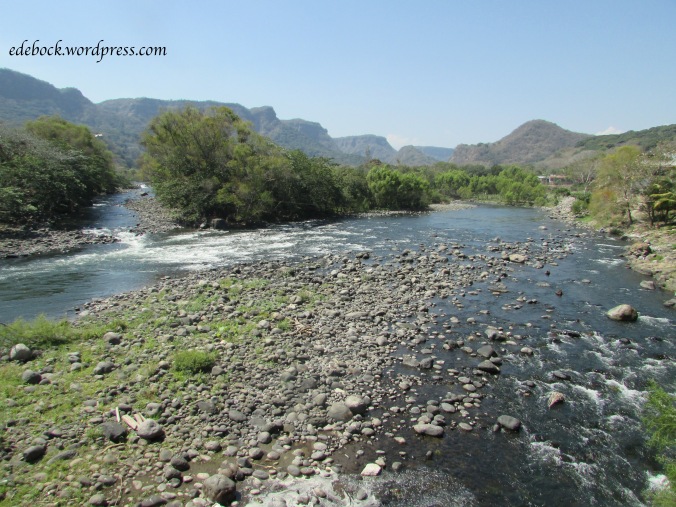 This was my view from the table. Exquisite!

After strolling around and checking out a couple of shops, we caught another taxi back to Coatepec. On the way, we were reminded of the fact that we’re in a third world country. Our young driver received a call from his dispatcher and, joining several other taxis that were pulled off beside the road, informed us that he couldn’t go any further. We would have to wait about 30 minutes until an issue with the police in Coatepec had been resolved. Apparently, to the best of our understanding, the police had suddenly imposed a “tax” on the taxi companies! We were told that this kind of thing isn’t uncommon. Can you pronounce “graft” and “corruption”? Fortunately, we were able to be on our way in less than ten minutes.

It has clouded up and cooled off a bit this evening, so perhaps the anticipated rain is still on its way. It was even hotter and drier in Jalcomulco that it’s been here in Coatepec.