If you, like me, are grieving the cancellation of TV’s popular drama series, Downton Abbey, then have I got a book for you! 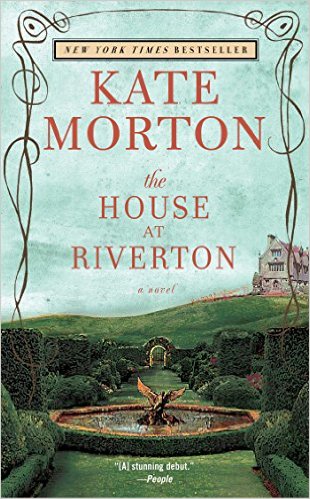 Originally released in her native Australia as The Shifting Fog, The House at Riverton was author, Kate Morton’s, debut novel. Described on the back cover as “the captivating story of an aristocratic family, a glorious English estate, a mysterious death and a way of life that vanished forever”, the story is set in England between the two great wars. Told in flashback by 98-year-old Grace, who was employed at Riverton, first as a housemaid and later as lady’s maid to the family’s eldest daughter, I found it a captivating read. The time period and master/servant relationships were so very reminiscent of Downton Abbey!

I’m not generally a fan of mysteries, but this one is more than a simple who-done-it and kept my attention to the end. In addition to providing a window into a fascinating time in history, The House at Riverton explores topics like memory and long held secrets, the devastation of war, and the end of an era.

Since The Shifting Fog was released in 2006, Kate Morton has published four more novels. I picked up The House at Riverton and two of the others, The Forgotten Garden and The Distant Hours, at a garage sale this spring thinking that they would make great summer reading. So  far, I haven’t been disappointed. We’ll be camping for the next couple of weeks and the other will be going with me.

What are you reading this summer?

2 thoughts on “The House at Riverton”